It comes as a surprise to many sake enthusiasts to learn that forty years ago ginjo labels were hard to find in Japan. In those days people were still drinking the kind of ordinary sake the breweries had been churning out since the fifties; no one thought that customers would actually pay more for the quality ginjo and daiginjo sakes brewed in limited amounts for competitions.

In 1980 Dewazakura Sake Brewery changed that with the release of “Oka,” an affordably priced ginjo label with a polishing ratio of 50% and a lovely floral aroma. It was light, crisp and delightful. It was made to be drunk cold. Soon other breweries introduced their own ginjo labels. And so began one of the most creative periods in the history of sake, earning for Dewazakura the admiration and respect of even its most ardent competitors.

What made the brewery stand out was a drive for innovation. Dewazakura was not a wealthy brewery, or a long-established one, but they were open to change. When the opportunity arose in the years after the war to invite research technicians in from the National Research Institute of Brewing, they jumped at the chance. Drawing on the knowledge and skill of Hideo Abe, a former Institute research advisor, they put new ideas into practice without hesitation.

By 1991 Dewazakura had perfected its cold storage technique, ageing freshly pressed sake at -4 °C to keep it as aromatic and flavourful as possible until bottling. In 1996 it introduced “Dewasansan,” brewed from a new Yamagata rice strain of the same name, another hit which opened the way for other prefectures to introduce highly specific regional labels. In 2004, Yamagata breweries received more gold medals than any other prefecture at the Japan National Sake Appraisal, an achievement due in no small measure to the pioneering efforts of Dewazakura Sake Brewery. 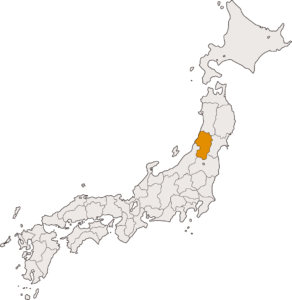