In 1620 Date Masamune, daimyo of present-day Miyagi Prefecture, ordered his retainer Uchigasaki Oribe to build a town one day’s march from Sendai on the road north to Aomori. In 1661 Oribe’s son Sakuemon founded Uchigasaki Brewing Company, which has continued in production for 355 years and is the oldest brewery in the region. Little is known of those early days, and we can only surmise what the brewery’s sakes tasted like then.

But today we know just what to expect when we see a bottle with the brewery’s Hoyo label on it. The flavour will be delicate, the texture smooth and evenly balanced. This is especially so in the case of labels made from regional rice strains like “Manamusume” and “Kura no Hana,” which lend themselves to the brewery’s gracious brewing style. 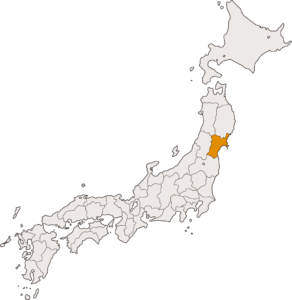