The Hitoyoshi plateau in Kumamoto Prefecture, blessed with ideal conditions for rice cultivation, has been a shochu centre for over five hundred years. Here, in the town of Yunomae near the headwaters of the Kuma River, Shiro Toyonaga and his fellow workers produce a rice shochu like no other, gently fragrant, elegantly smooth and with a sweet meadowland flavour reminiscent of Speyside single malts.

The distillery contracts with local farmer to grow Yamadanishiki, most esteemed of sake brewing rice varieties, using organic farming methods and soil management techniques. Rice grown this way lends itself graciously to the brewing process: the washing, steeping and steaming of the rice; the preparation of the koji; the first and second fermentation; and at last the final distillation. All work is done by hand, centering around the brewery’s ishimuro (koji cultivation room) built from stone in 1920 and still in daily use.

The secret of Toyonaga’s wonderful flavour is the excellence of its koji. Shochu makers in Kumamoto were influenced by the work of Kaneichi Noshiro, a brilliant sake research chemist active in the 1920s. Under his guidance, Kumamoto’s sake and shochu makers learned to use all of their senses—sight, hearing, smell, taste and touch—in the koji room and on the brewery floor. His legacy lives on today in every flavourful, clean-finishing glass of Toyonaga shochu. 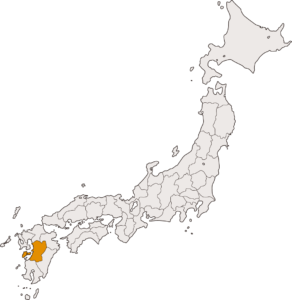