Masumi is one of the great names of the sake world, admired throughout Japan for its satisfying taste and unshakeable down-to-earth reliability. The brewery where it is made was founded in 1662 in the town of Suwa, where a tradition of precision craftsmanship had led to the development of the silk spinning trade. Attention to detail remains at the heart of the Masumi brewing philosophy to this day.

In 1921, the brewery’s president, Masaru Miyasaka, appointed a 28-year-old sake prodigy named Chisato Kubota to the position of brewmaster. The two travelled throughout Japan in the manner of Zen monks, “knocking on the door of the master and seeking knowledge.” This keen desire to elevate the quality of Masumi sake, combined with a shared openness of mind, was rewarded in 1943 when Miyasaka Brewing Company won the first of many top honours at the Japan National Sake Appraisal.

Masumi achieved even greater prominence in 1946 when their entries took first, second and third place in the competition. Intrigued by this astonishing result, an expert from the National Research Institute of Brewing requested samples of unfiltered sake for analysis. His research confirmed the existence of a completely new yeast variety, which was subsequently named Association No. 7.

In the sake world discovering a new yeast is like receiving the Nobel Prize, and only a handful of breweries enjoy this distinction. With its gentle, pleasing aroma and ease of use No. 7 soon spread beyond Nagano Prefecture, and today continues to be used by over half of the breweries in Japan. When the brewery released its first yamahai junmai daiginjo sake in 2002, they called it “Nanago” (No. 7) in tribute to the famous microorganism to which the brewing world owes so much. 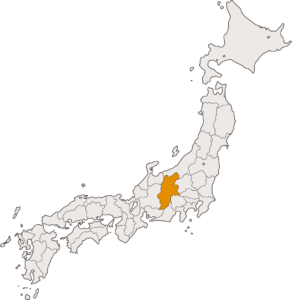