Step under the eaves of the Yama no Mori distillery and you step into another time. The giant earthenware fermentation vats sunk into the earthen floor have not moved in a hundred years. Yama no Mori is the oldest distillery on Iki Island, and Iki is where barley shochu started in the 16th century. In feudal times the Hirado clan ruled with an iron hand and seized the island’s entire rice harvest as tribute. The islanders ate barley, and mastered the technique of making shochu from this humble ingredient.

Barley does not possess the high carbohydrate content that rice does, and as a result barley shochus tend to be light-bodied and mild. To capture the full array of desirable flavour, Yama no Mori is made in an old-style “joatsu” still rather than the vacuum still used by almost all producers today. While the vacuum still captures flowery, aromatic esters admirably, the rich, organic flavours deriving from amino acids that give shochu its character do not make it to the bottle.

Yama no Mori is made using one third koji rice and two thirds barley. This combination produces a shochu with the clarity and refinement of a fine sake and the down to earth appeal of a hand-crafted Kyushu shochu. Like the Cognac region of France, Iki Island has been designated as a heritage site in recognition of its historical significance as the heartland of barley shochu in Japan. 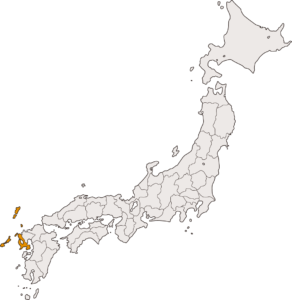